The way to a sponsor’s pocket is through digital benefits…  It’s often an indication of how healthy an industry is by the number of people wanting to involve themselves with it.  Not only does that apply to the amount of people, but to the type of people as well.  And it couldn’t be truer when it comes to sponsorship in the live events industry in Asia now.  Regardless of the type of event; festivals, concerts or sports and regardless of the celebrity talent involved, sponsors were tight pocketed in the past.   A few years back, the only businesses who were willing to put their Dollar, Yuan, Peso, Won, Rupee or Yen where other people’s mouths were, were the telecom giants and the ubiquitous beer and beverage brands. Today things are very different—and there are a couple of reasons why. To put this all into perspective, let’s first look at how much companies spend in sponsorship.  From 2012 to 2016, based on IEG’s annual reports, the average growth of sponsorship spending rose on an average of +4%, with 2015 and 2016 tallying to roughly $57.5Bln and $60.1Bln USD — and we are looking at an anticipated rise of 4.5% in 2017.  In North America alone, the sponsorship spend was $21.4Bln and $22.3Bln USD, about 37% of total global spend with a rise of roughly 4.2% for 2016. In Asia Pacific, the year over year rise has been leading the pack.  From 2015 to 2016, a 5.7% rise accounted for $14.8Bln USD sponsorship spending, with an estimated 5.8% rise upcoming for year-end.  There is no doubt that strong domestic spending by globalized Asia Pacific brands like Samsung, Huawei, HTC and others, have played its role in developing this trend.  According to a PwC special report, China, India, Indonesia and Mexico are the next big emerging markets, followed by Nigeria, Saudi Arabia and the Philippines on the long-term radar.

Sponsoring Live Music Events In terms of spending in the live events industry, the breakdown of the global sponsorship spend is a good chunk of the total.  In North America, roughly 14% of the overall sponsorship spend is spent on entertainment including, festivals, fairs, and other annual community events.  This trend seems to be prevalent in Asia Pacific as well. Speaking of music in Asia, the rise in popularity across the continent of the international/regional live music scene has been remarkable, with every country seeing steady growth not just in the number of events being held, but in the revenue made from them.  According to Ministry of Culture figures, there were 2,500 concerts in Taiwan in 2012 alone, earning a total of NT$4.08 billion. In the three years since then, concert revenues in the country have increased by an average of 39%. In Thailand, the revenue from live music in 2009 was $103 million.  That had increased to $124 million by 2013 and is expected to hit $167 million by 2018.  It is a similar story throughout the region, as local bands are putting more effort into live shows and regional tours—a symptom of the falling revenue from album sales.  The shift from a hands-on product from CD sales to the live product has allowed brands to capitalize on the business from all aspects; it has given brands the opportunity to partner with their market directly in an “indirect” endorsement per se. This is only the tip of the iceberg: sponsors are seeing that growth in Asia has only begun.  The largest consumers in the world will eventually come from the East, and it’s about time for brands to capture their foothold before someone else does.  Sponsorship Trends and Engagements With 98% of sponsors using social media, it is no surprise that social sharing and social media-based engagement is top priority for companies.  Whether or not it is purely for data driven collections or community based building, the importance of social media is an indicator that sponsors seek connectivity.  With that, technology has sponsors seeking VOD, VR and streaming properties.  Suddenly, a live event is not only for those with a ticket to see, but for anyone who has access to the Internet.  In 2014, Chinese video and movie streaming site LeTV streamed rocker Wang Feng’s concert to 75,000 paying customers in just 2 days.  There is no surprise then that IFPI’s Global Music Report 2017 has made special mention about the phenome of the streaming potential of the Chinese population of 1.36bln – untapping a once frivolous market. In recent, new techy ticketing platforms, such as Eventbrite, PouchNation and Ticketflap have utilized the use of RFID and NFC wristbands and integrated the use of social sharing and social media platforms like WeChat and Facebook into their systems – further integrating social media and allowing advertisers to connect more directly to their demographics.  Now, with the infrastructure in place, sponsors and promoters team up with platforms such as WeChat, Twitter, Instagram, Snapchat to generate worldwide buzz with a simple click of a button before a ticket is even sold. Instead of having your company brand logo on a billboard or on official merchandise, music event sponsorship is now an immersive “data gathering” experience, and one that can last the whole year globally.  If done correctly, a company sponsoring a property can interact with a very specific and targeted demographic like never before.  It is no longer just visual recognition for a brand, it is about becoming an active community with the brand.  This allows affinity for the brand to grow from a grassroots/lifestyle level, maximizing each dollar and allowing multiple touch points that can be subtle and non-intrusive.  Aside from on-site activities, there is a very real chance for sponsors to play an active part, whether it be hosting a pre or after-party, or simply supplying additional benefits for the attendees.  They can offer backstage passes, exclusive merchandise — real, tangible, and memorable experiences that will be highly sought-after and talked about for years to come.   Imagine viral footages of celebrities such as Taylor Swift delivering a back-stage package to a group of awestruck tweeners or Kanye showing up at a show unannounced and hanging out with the crowd—it’ll easily set social media ablaze and have global exposure within minutes. That is why, looking around festival sites today, or watching a headline act on television, you quickly realize that everyone from tech companies to clothing brands, banks to insurance companies are all making their presence known.  By sponsoring a live event (at least when you do it correctly), you are not only bringing brand awareness to potentially millions of people, but also having the control over people’s perception of your brand forever.  Music is a universal passion shared amongst community—why not associate your brand with that passion?

Mike Pio Roda is the Founder and Managing Director of Pinnacle Live Concepts. Mike’s expertise comes from years of working side-by-side with top global companies and talents, catering even to the most demanding of entertainment talent-buying needs. 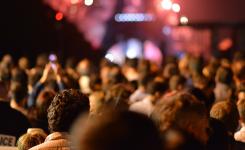 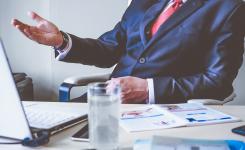 The Variable Cost of Celebrity Talent 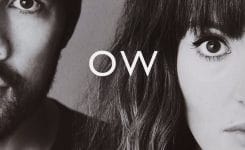 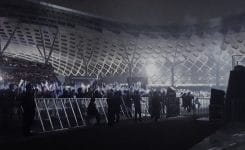 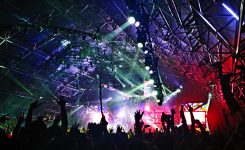