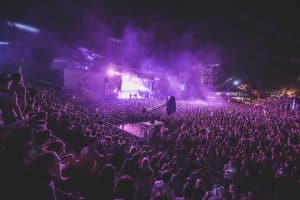 Is it really that black and white? Regardless of all the effort that goes into the brand, promotion, F&B stalls that you personally handpicked, that giant inflatable rubber ducky you had installed, and the dozens of other artists on your roster—the entire success of your music festival rests on the headliner? In many ways, the answer is yes. The headliner can make the event a success as much as it can make it a flop. Such is especially true for a new or not yet established festival. No matter what you think, the fact is, the headliner defines the festival. It is the news worthy topic. Case in point: whenever the headliner is announced for Glastonbury, it makes front-page news in British mainstream media. The headliner is the anchor of your festival—the main reason other acts sign up to perform (usually for a reduced fee if not free). It is what will draw more curiosity to your festival and make people delve down deeper into the other acts. On the flip side, it is also what will stop people from doing just that. If the main act is not the right embodiment of your festival brand, it will not resonate to your audience and will lead them to look elsewhere. Sure, the festival draws music fans into forming a community, but the prestige and draw of the headliner is the ultimate deciding factor for the fans (unless of course, you’ve become a formidable brand such as Coachella, and people just can’t not attend your festival). While it’s true that you can’t cater to everyone (because hey, music preferences vary), your headliner needs to reflect your festival’s identity. There is no such thing as a bad act (Nickleback aside), just a bad headline act for your festival. Choose the wrong band further down the bill, and no one is going to be overly concerned. Commit that mistake for the headline, and you would have derailed the whole festival. Just imagine hiring Justin Bieber as a headliner for a festival full of heavy metal fans—his blood will be on your hands. 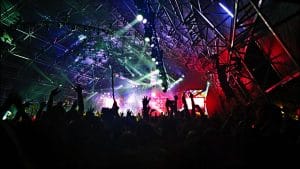